2. Thinking you won’t get high the first time
Elvis and Michael both confided that they got “very-to-extremely” high the first time they smoked weed, and the prevailing belief that you won’t feel anything the first time around is a myth perpetrated by smoking incorrectly. “Truth be told, I think a lot of people maybe aren’t inhaling correctly their first time smoking, which would make them think it doesn’t work,” Armstrong says.

3. Using your carb incorrectly
A “carb” is the little hole on the side of a bowl or a bong that you plug with your finger while taking a hit. It’s there so you can clear your bowl of smoke without taking another puff. “When you feel like you’ve gotten a sufficient pull, you take your finger off, ‘releasing it,’ then continue to inhale, thus clearing the bowl of smoke,” Armstrong says. “That’s it — bong or bowl — it’s not too complicated.”

4. Throwing out the stems
One’s man’s refuse can get another man (or the same man, again) stoned, according to Michael. “[Stems] still have a lot of THC sticking to them, for the most part, and in a pinch you can use them to get high.” You can soak them in alcohol to make a THC-infused cocktail (!), put them in a vaporizer to cook the THC out, or make “stem tea,” which is exactly what you expect it to be — just soak your stems in warm tea for a few hours to extract that intoxicating THC, Earl Gray-style.

5. Not knowing the difference between indicas and sativas
Armstrong considers this one of the most important facets of marijuana use, one that many casual smokers overlook. “This makes all the difference. There are two basic kinds of marijuana: sativa, and indica, both having their own, unique effects. Traditionally, indica releases a more mellow body high, while sativa is a little more intense, and is typically what you would call a ‘head-focused’ high — it’s more psychoactive. Here’s a quick key we use: indica means ‘in da’ couch,’ like, you’ll typically be relaxed, and mellow after smoking. Sativa means ‘festiva’; it’s good for partying, going out, doing things. For first-time smokers, or people who get paranoid easily, I’ll usually recommend indica, as it’s less likely to cause anxiety as a sativa. Most strains are hybrids, nowadays — they’re a mix of each, to varying degrees. That’s normally what you are smoking, especially if you don’t specifically know what it is. So, you’ll be getting both sides of the spectrum.

“But — and this is important — everyone’s body chemistry is different. People can react to certain strains in different ways. It’s all about how your body independently reacts. There are these guidelines, sure, but the only way to know how you will react to a certain strain variation is to try it.”

6. Not owning a grinder
Armstrong and Elvis were in complete agreement about using a grinder every time they smoke, saying it creates a level of burning consistency that can’t be achieved manually. As an added bonus, it makes kief (the very fine, almost dust-like material that collects at the bottom chamber of a traditional grinder) that contains a metric buttload (not an official measurement) of discarded THC that you can put on top of your supply. “It’s fucking awesome,” Elvis says.

7. Storing it in the worst places possible
“If you need to keep some weed for a while, make sure your bud is in an airtight container, somewhere dark, cool, and if possible, not too arid… glass containers over plastic,” Armstrong says. “This will keep it fresh tasting, and make sure it doesn’t dry out or lose any effect. If you really want to keep your weed fresh, they make humidors (like for cigars), to store large quantities.”

8. Torching it with a crappy lighter
Matches and heavy butane lighters can give your weed a bad taste, and your lungs a sucker punch with heavy gases and harsh sulfur notes. Armstrong says he (and everyone he knows) uses a standard BIC, but HempWick is an option for those who want to keep it organic. Elvis agrees, for the most part: “I do use a regular BIC, though in a pinch I have been known to use those long-ass grill lighters… but they aren’t ideal.” Cash-strapped college kids across the nation are nodding their heads in solidarity.

9. Claiming it’s “laced”
Elvis says he hears this “myth” frequently. “Most importantly, if you bought weed that was laced with other drugs, and didn’t know about it, it would mean that dealers were just giving you extra drugs — that are probably more expensive than weed in the first place — for free, and not telling you about it for some reason. That makes zero sense.” For Armstrong and other smokers in Colorado, this is a total non-issue, as their marijuana undergoes strenuous, official testing. He thinks it may happen in some cases, but overall, it’s people getting uncomfortably (or unexpectedly) high.

10. Being a dickhead and not cornering the bowl
You’re going to want to “corner” your bowl, which is lighting only a small portion of the surface area to make sure some green is left over for your buddies… or yourself. “I even do it when I’m smoking by myself,” Armstrong says. “It actually makes the whole experience better than just burning the whole top — this way, you don’t have a bunch of green underneath a layer of ashes, and every hit has a little fresh bud in it.” And Elvis adds, “It’s just rude. Don’t just grab the bowl and spark the whole thing up, like a fiend.”

11. Being clueless about smoking devices
Vaporizers are the decidedly 21st-century option for those seeking a “mellow, less-intense, but long-lingering” high that’s great for travel, and keeping a solid buzz, according to Armstrong. “Pipes and bongs are pretty similar in effect — as are joints, really — but with bongs you usually get a massive rip. They cool down the smoke to make it easier to inhale, and have higher volume chambers, so you get a lot of smoke in one hit, and it’s smoother and not as harsh.” This is probably why people tend to think bongs make them higher. 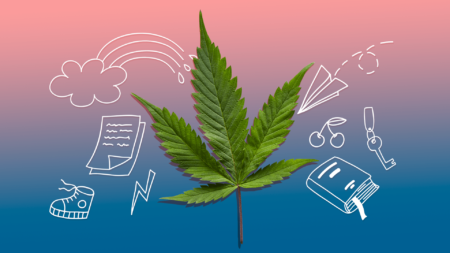 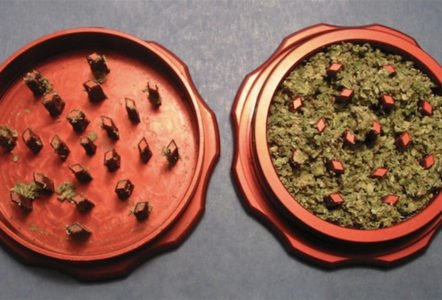 How to Smoke Weed: A Beginner's Guide